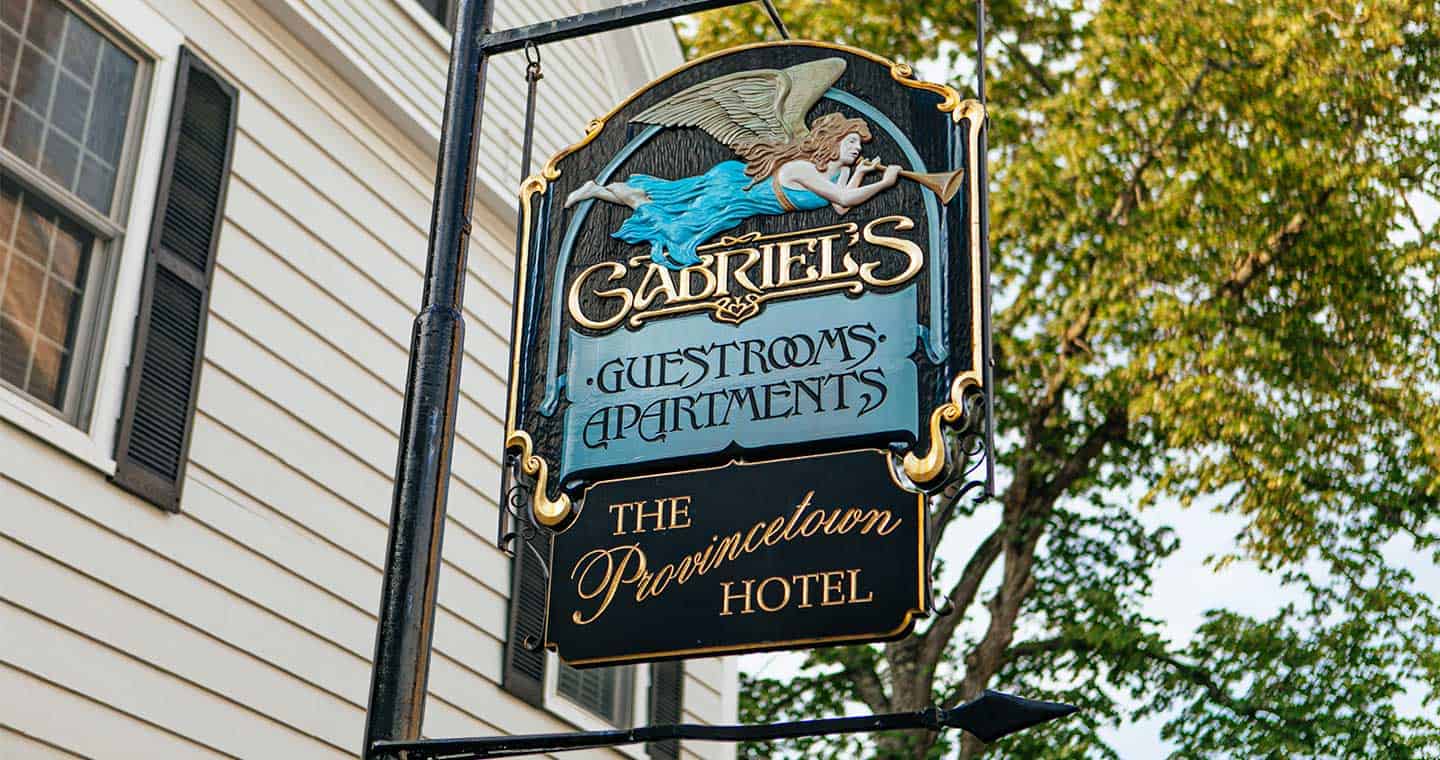 A Long and Local History

104 Bradford Street, the original building at Gabriel’s, was built in the early 1800s as a single-family home. One of the original schoolhouses was located two doors down and the town bakery was across the street. 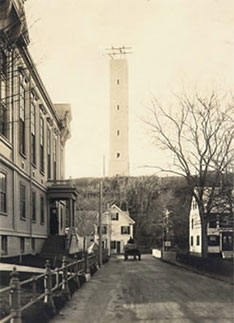 When the Pilgrim Monument was built on top of High Pole Hill, plans were put in place to create a park at the base of the hill with a large memorial dedicated to the signing of the Mayflower Compact and the election of John Carver as Governor at that time. The Compact has been called “the first American Act in history” and a precursor to the Declaration of Independence signed 156 years later. Cyrus Dallin was commissioned to create the Memorial. Dallin had also created the Last Ride of Paul Revere at The Old North Church in Boston and the Freedom Spirit statue that rests on top of the Philadelphia State House.

As preparations for The Bas Relief Park construction were underway, the Ryder family, the current landowners, donated the land bordering the park.

Dallin stayed for a while in the  house while he was sketching and planning the Memorial to the Pilgrims. Many years later the Memorial was dedicated to the Town of Provincetown. 104 Bradford stood and remained a very proud structure for several decades. 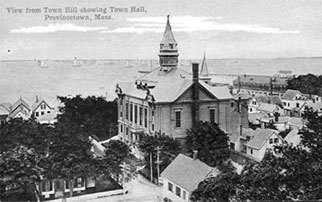 Showing 104 before she was moved.

After many changes in ownership, 104 Bradford  houses became The Lighthouse Apartments and were run as a rooming house until the early 1970s. When the owners, Edward Levy and his wife, moved south, the buildings sat empty for almost 8 years. During this time, squatters took shelter in the abandoned spaces. The roof gave way to the elements and looked like a piece of Swiss cheese. 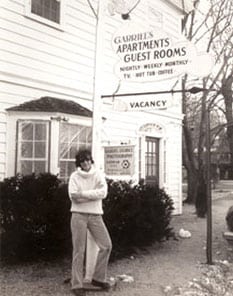 Trees started to grow from inside the house, angry epithets were scribbled on the walls in red. The two buildings were condemned, boarded up, and ready for demolition.

One day, A FOR SALE sign appeared. Time passed.

Enter, Elizabeth Gabriel Brooke, Laurel Wise, Christina, and William Davidson.  Our luxury hotel in Provincetown, MA celebrates its 44th year in 2022, with the same remarkable woman at the helm.

The Wampanoag Tribe had settlements at the foot of the Center Hill that is now called High Pole Hill.

1930’s
Allen & Allen Plumbing Company was housed here and they turned the stables into a garage to store their supplies.

1978
Gabriel Apartments and Guest Rooms opened at 104-104a Bradford Street and was owned by Elizabeth Gabriel and Laurel Brooke, Christina and William Davidson