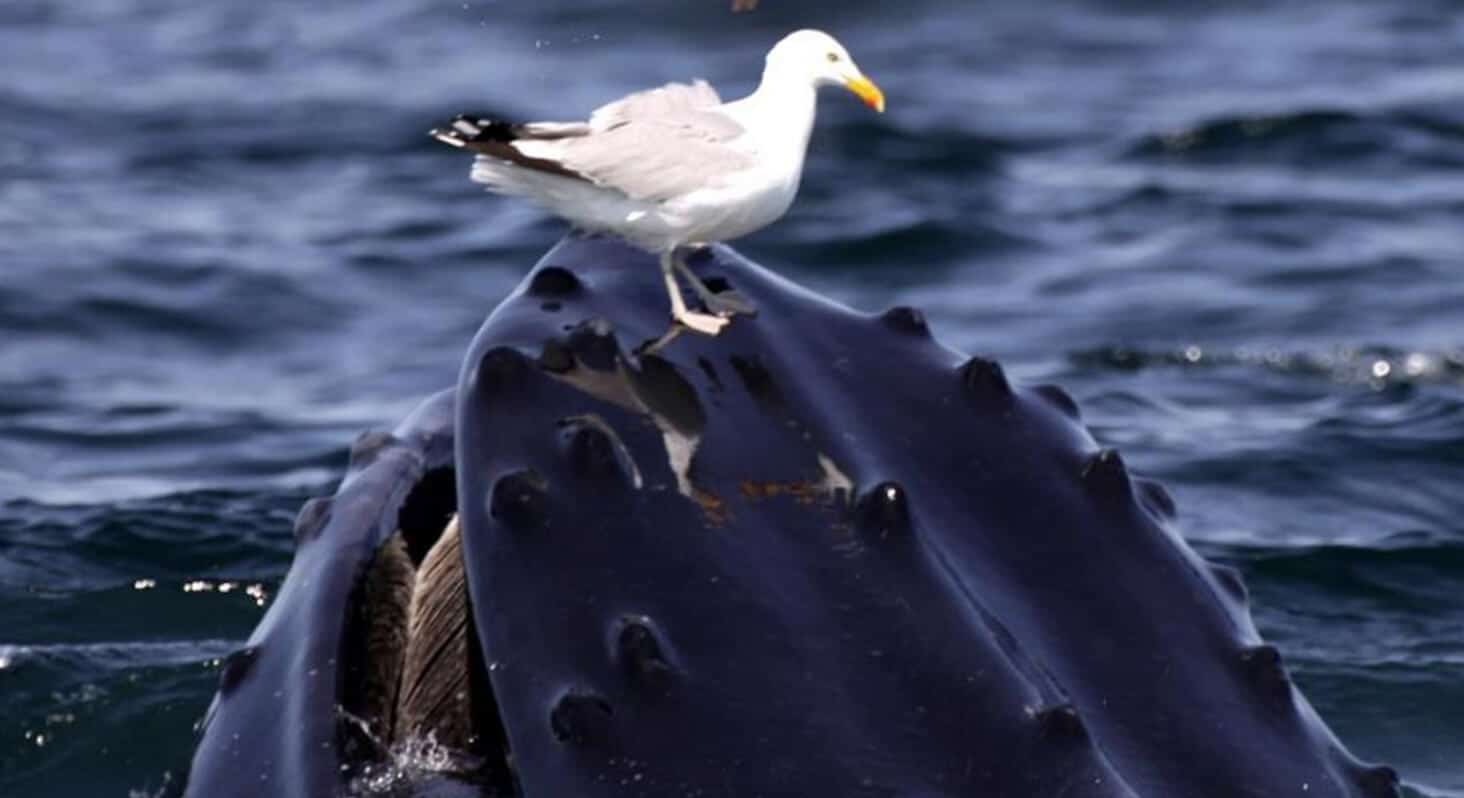 The following is some wonderful buzz about the return of the Osprey and the Whales to Provincetown. 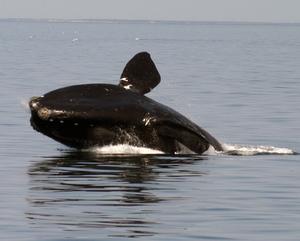 April holds magic in Provincetown. Make your reservation at Gabriel’s and we will point you in the direction of majestic whale watching, spots where birds will eat right out of your hand and so much more!

The right whales have returned early this year, creating such a spectacle in Provincetown Harbor last week that even Dr. Charles “Stormy” Mayo, researcher of right whales for 30 years, was impressed.
Mayo dashed off to the residence of an old friend, Dick Burhoe, on Beach Point last Thursday after Burhoe reported seeing right whales breaching offshore. The scientist arrived in time to witness a scene worthy of “Animal Planet”: a sort of unwieldy whale ballet being performed about a third of a mile out, as a pair of the rare cetaceans leaped repeatedly from the water.
“I’ve never seen two right whales jumping simultaneously,” Mayo said. “It’s extremely dramatic when you see an extremely rare animal doing such extremely rare behavior. … These two animals were breaching regularly, more than I have ever seen. I probably saw as many as 20 or 30 breaches and maybe more.”
“The best guess is that we have a scattering of whales, maybe even aggregations, quite early in the season,” Mayo said. “It’s not unheard of at all, but to have this many reports is pretty special. … It just leads me to believe there may be a lot more, or may have been a lot more, going on.”

Osprey have been seen across Cape Cod this week busily rebuilding their nests. 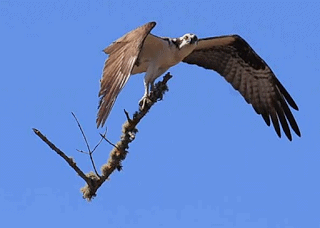 You may have seen platforms during your travels on Cape Cod. These have been built specifically for the Osprey. They have been spotted paring on the nest and starting to build for the season!Ospreys are members of the hawk family. Their Latin name, Pandion haliaetus, means “sea eagle.” A “fish hawk,” ospreys hunt for food by flying over the shoreline, marshes and lakes in search of prey. When they spot their prey they dive with talons outspread, splashing into the water. If the osprey catches a fish, it will adjust the fish in its talons so it is facing forward and fly back to the nest. For the most part, ospreys are fish eaters, but may eat an occasional bird or rodent if fish are not available.
Ospreys are about the size of an eagle with females being larger than the males. Both have similar coloring, dark brown, with white below and a spotted breast. They possess a melodious, chirping call that sounds like “cheap-cheap-cheap.” The wing has a distinctive bend at the “wrist” and they are often mistaken for gulls from a distance.
The nest of an osprey is constructed of sticks, seaweed, and driftwood; just about anything they can find. The nests are typically built atop high structures such as trees, utility poles or man-made nest perches with platforms.
If all the beasts were gone, men would die from a great loneliness of spirit, for whatever happens to the beasts also happens to the man.  All things are connected.
Whatever befalls the Earth befalls the sons of the Earth.
~Chief Seattle of the Suquamish Tribe, letter to President Franklin Pierce