A History of the Pilgrim Monument 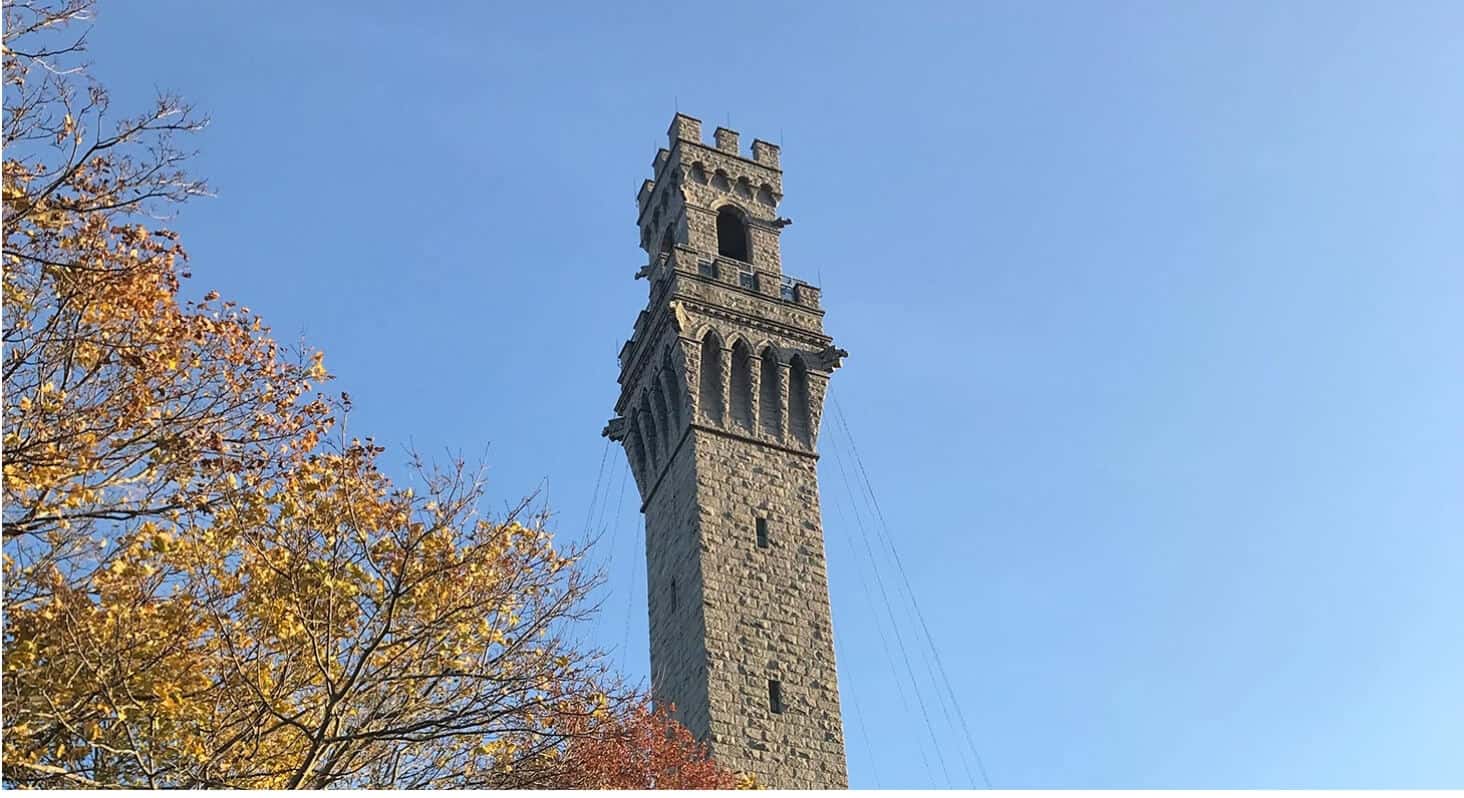 A History of the Pilgrim Monument

Provincetown: Where the Pilgrims Landed and a New Chapter of History Began

Whether you arrive in Provincetown by water or by road, it is impossible to miss the Pilgrim Monument. At 252-feet high (and 350 feet above sea level, as it sits atop a hill), it is the tallest all granite structure in the United States, commanding the seaside horizon. It commemorates the very spot where the Pilgrims landed in Provincetown Bay in November of 1620, after their grueling 2-month journey aboard the Mayflower across the Atlantic Ocean.

Although the Pilgrims left after just six weeks, heading to their eventual settling place in Plymouth, it was an eventful stay. During their brief time in Provincetown, they wrote the >Mayflower Compact, which established a system of self-governance and a process for electing a leader from amongst their ranks. This democratic ideal was historically significant, leading to the formation of the Pilgrim Monument in 1892, championed by President Roosevelt (who laid the cornerstone on the site in 1907) and President William H. Taft (who spoke at the opening of the granite tower in 1910). 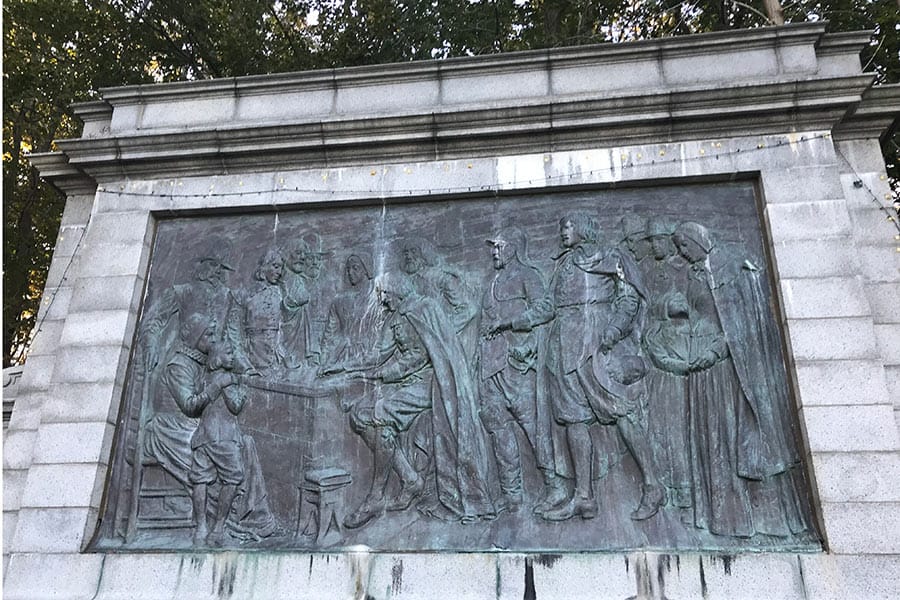 Of course, Cape Cod was already inhabited when the Pilgrims arrived, home to the Wampanoag tribe. For thousands of years, the Wampanoag had called Cape Cod home, farming the rich soil inland and living off the sea’s bounty. But beginning with the arrival of other explorers preceding the Pilgrims, their tribes were ravaged by plague and smallpox introduced by the Europeans, decimating some two-thirds of their population. Although sometimes misportrayed as aggressive in history books, the Wampanoag were far from it. Rather than fight the Puritans, they formed a peace accord with them, enshrining the first treaty ever between Native Americans and European settlers. This agreement, in turn, led to the first Thanksgiving, a tradition that we all still hold dear 400 years later.

At the base of the Provincetown Monument tower, you’ll find the Provincetown Museum, where there are rotating exhibits focused on the area’s fascinating cultural and maritime history. Our Story: The Complicated Relationship of the Indigenous Wampanoag and the Mayflower Pilgrims is a newly-opened permanent display. It aims to tell the story from the Native American perspective, correcting historical inaccuracies and broadening our understanding of how the arrival of the Pilgrims affected indigenous peoples on Cape Cod.

Incline Elevator: A Ride to the Monument Right From Your Doorstep

One of the most exciting additions to the Pilgrim Monument is a new outdoor inclined elevator. One of only 30 public inclined elevators in the United States, it was funded by 5 million dollars of private donations, exemplifying the strong local support for the Pilgrim Monument and Provincetown Museum (the oldest non-profit organization on Cape Cod).

Each cab on the elevator can hold 18 passengers and the 2-minute ride brings you from Bradford Street up the hillside to the base of the monument. Best of all, the bottom of the elevator is mere steps away from the front door of the Provincetown Hotel, making your visit to the monument and museum extra convenient. After passing the last round of inspections< during the winter down season, the elevator is now open just in time for the busy spring and summer seasons. 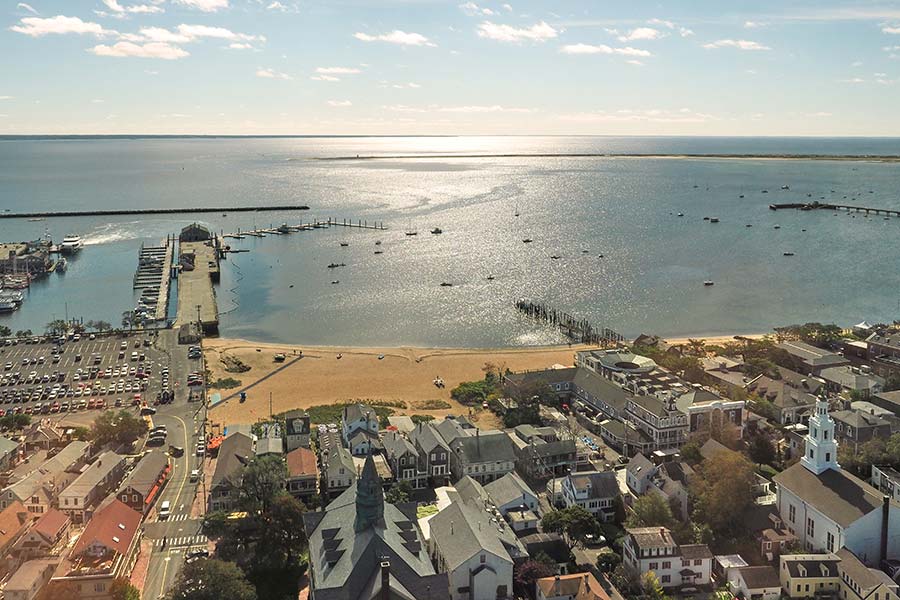 Book your stay with us, and you can look forward to riding the new elevator, climbing the monument, and learning about Provincetown’s incredible history!