You May Not be the Only Guest in Your Room Tonight

You May Not be the Only Guest in Your Room Tonight

The Inn is located at the base of the Pilgrim Monument on what was the Wampanoag settlement. It is the location of  where the Pilgrims first landed and the Mayflower Compact was signed and there is a lot of written history documenting events dating back to that time.

Gabriel’s Hotel was originally the Cooke Family Homestead circa late 1700’s- early 1800’s. During construction for additions to the property a Cooke family portrait was found in the attic.

Since the inn opened in the early ’70’s there have been multiple occasions where guests have commented on a person they see in one room in particular. It is a shy protective female figure in a dress and dark hair piled upon her head. Her name is Mary Cooke, and she was one of 10 children that lived at 104 Bradford Street. Her father Captain Cooke was lost at sea as well as two of her brothers. How do we know this is Mary?

Countless guests have pointed to the same woman in the family portrait. 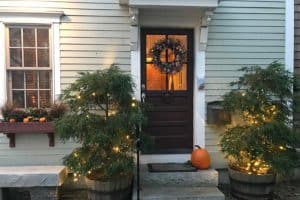 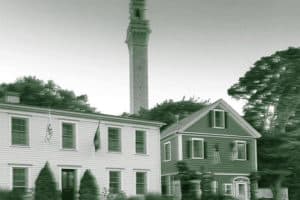 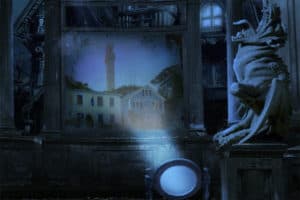 She does not arrive with chains or slamming doors. She is ever so silent, just looking out the window, looking down the stairs or perhaps dimming the bedroom lights. She does not like construction and if we try and change out the pictures in the room…well, we do not try anymore. She rather likes the room as it is. Likewise with the family portrait, we are not able to keep it on the wall, we hang it up and each time it falls off.

Samantha Brown from the Travel Channel came to Gabriel’s to film an episode Haunted Cape Cod.  They set up stage lights in the hallway so she could introduce the segment. This took a while for they kept having to run extension cords for each plug would stop working after a few minutes.We respect Mary and I know she protects this house. There was a large fire on the back hill and while it roared down the hill it burned all down below. Except this house, the flames did not leave a mark.

Yes, we are sure it was Mary.

This website uses cookies to improve your experience while you navigate through the website. Out of these, the cookies that are categorized as necessary are stored on your browser as they are essential for the working of basic functionalities of the website. We also use third-party cookies that help us analyze and understand how you use this website. These cookies will be stored in your browser only with your consent. You also have the option to opt-out of these cookies. But opting out of some of these cookies may affect your browsing experience.
Necessary Always Enabled

Any cookies that may not be particularly necessary for the website to function and is used specifically to collect user personal data via analytics, ads, other embedded contents are termed as non-necessary cookies. It is mandatory to procure user consent prior to running these cookies on your website.